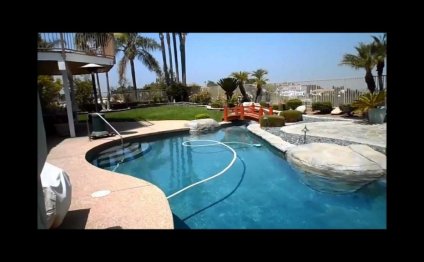 In vogue at luxury hotels and on cruise ships and increasingly popular in the backyards of average Americans, saltwater pools use less chlorine and are more eco-friendly, but they can be hard to keep clean if not cared for properly.

The primary factor in their popularity is their limited use of chlorine. Unlike traditional pools, which require chlorine to be poured into the water manually or released from a tablet, a saltwater pool has a generator that uses electrolysis to release chlorine gas from salt in the water. Salt is added to the pool water to achieve a saturation of approximately 3, 200 parts per million, roughly the amount of salt found in a teardrop. In contrast, ocean water has a salt content of 35, 000 ppm.

Ms. Pires says, “Because [a saltwater pool] is a closed system and generates the chlorine sanitizer from the salt, there’s no need for transporting, storing and adding chlorine to the pool.”

Many swimmers think saltwater pools are more comfortable to swim in because of the lower amounts of chlorine in the water. The harsh smell of chlorine found in traditional pools is virtually nonexistent, a plus for people with asthma and others who are sensitive to the fumes.

“Since the solution is much like saline, you’ll hardly know there is salt in the pool. [It’s] nontoxic and eco-friendly, ” says Brian Simon, the hotel’s fitness club manager. “The guests love the saltwater pool because it is less abrasive on the skin, eyes and swimwear.”

Because many Americans are adopting greener lifestyles, saltwater pools are appealing as a more eco-friendly option.

“The public’s awareness of the environment is a big factor, ” Ms. Pires says. “The main complaint we hear is that the small amount of salt in the water can cause corrosion or leave residue on certain types of stone or other finishes.”

Steve McCune, vice president of Intec America Corp., a water-treatment and consulting company based in Baton Rouge, La., says he has seen the blue liner of a saltwater pool “bleached white” in less than a year.

“At first, it was water geeks like me who had concerns, but now pool-maintenance people, pool builders and pool owners are figuring out that saltwater pools may not be what they are cracked up to be, ” he says.

Mr. McCune, who concedes that saltwater pools certainly have their advantages, says a saltwater generator can erode the surface area of the pool in addition to harming the underwater lights and pool equipment.

Mr. McCune says owners of saltwater pools often have what he calls a “set it and forget it” mentality, which can expose them and their pool guests to harmful bacteria.

“The saltwater chlorinator cannot create enough chlorine in a short period of time, and algae will grow exponentially, ” he says.

Second, he explains that the level of cyanuric acid, which keeps chlorine from being burned off by the sun, is often too low in a saltwater pool.

“It is often necessary to add higher levels of cyanuric acid during hot months, which can be damaging to plaster on pools and cause skin irritations, ” he says.

Finally, Mr. McCune says people who own saltwater pools should prepare for a high electric bill. For a saltwater generator to create enough chlorine to keep a pool filled with swimmers clean, he says, it may be necessary to run the generator from 18 to 24 hours a day.

Jennifer Oakes, a project director for the Four Seasons, says the hotel takes precautions to keep its pool safe and clean. “The salt in our saltwater pool generates the chlorine that keeps the pool sanitized. The pool is also brushed daily. Similar to a standard pool, the water is filtered, ” she says.

Timothy Petsch, whose company, TMI Salt Pure Corp., provided the equipment and trained the staff at the Four Seasons, says the problems listed by Mr. McCune often are a function of human error, not problems inherent with the product.